Different views from the trial.
To get a more complete picture of the proceedings, here are two alternatives.

Teen accused of killing mom and twin brothers
An Alabama teenager has been arrested for allegedly killing his mother and twin 13-year-old brothers.

US border officers were told to stop Iran-born travelers, officer says
US border officers working at Canadian border crossings were directed to stop travelers of Iranian descent for questioning following the killing of Iranian general Qasem Soleimani, an unnamed Customs and Border Patrol officer alleged in an email to an immigration attorney.

Fire in New York City's Chinatown threatens museum archive in historic building -- just before Lunar New Year
At least one person and two firefighters were reportedly hurt Thursday evening in a fire that damaged a historic building in New York City’s Chinatown just before the Lunar New Year, potentially taking archival material from the Museum of Chinese in America with it.

Did Washington state DOT's webcam capture Bigfoot image? 'We will leave that up to you!'
Is it? Could it be? Maybe ... or maybe not. An image of the legendary creature Bigfoot may have been captured on a Washington State Department of Transportation webcam, the agency says.

A winter storm will blast the eastern US again this weekend
For the third weekend in a row, a storm will dump rain and snow on the eastern half of the country. While this storm will have much less snow than last weekend, it could disrupt travel for millions of Americans.

Texas Student May Have Wuhan Coronavirus, as Dozens in U.S. Are Monitored 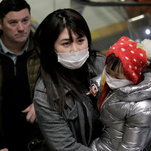 Health officials said they were keeping the Texas A&M student, who had traveled to China, isolated at home.

Ousted From Washington, Ex-Spy Valerie Plame Asks Voters to Send Her Back 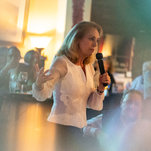 Ms. Plame is celebrating her C.I.A. past in a race for a congressional seat. But as she finds herself cast as an outsider, she’s running into trouble. 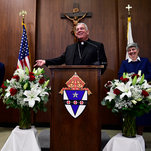 Archbishop Charles J. Chaput, who was appointed by Pope Benedict XVI in 2011, has long been known as a theological and political conservative, often at odds with Pope Francis.

A New Face of White Supremacy: Plots Expose Danger of the ‘Base’ 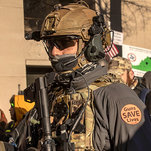 A secret domestic terrorism investigation revealed that the violent neo-Nazi group was recruiting cells across the United States. The high school in Santa Fe, Texas was on lockdown as police investigate deadly shooting.

Elite gymnastics in turmoil as key official is ousted The move comes days before the organization's president testifies before Congress. Two buses collided at the Manhattan-side entrance of the center tube of the Lincoln Tunnel, FDNY officials said. At least 31 people were reported injured.

Man shot after confrontation with police at Trump resort The suspect was identified as Jonathan Oddi, 42, who sustained multiple wounds to his legs during an exchange of gunfire, police said.

Pee in the pool? That's not all