The latest in world news from various sources.
Feed created by feedshuttle
326

German shooting: Man kills six of his family in small town
Police believe the attack at a restaurant in Rot am See was related to a family dispute.

Russian bedroom camera in aircon 'spied on activist'
Anastasia Shevchenko has been under house arrest for a year and has found a spy-camera in her flat.

China coronavirus: Lunar New Year subdued as outbreak spreads
Travel restrictions are being expanded in parts of China, as millions go home for the holidays.

Mexico indigenous group recruits children as police after attack
Some of the 20 children recruited are said to have lost their fathers in an ambush last week. 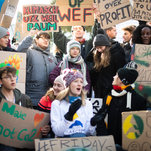 Ms. Thunberg, who has been rebuking world leaders for inaction on climate change, said she was not deterred by critics who called her concerns overblown. 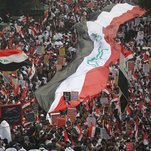 A national march against the presence of United States forces, organized by a populist Shiite cleric and armed groups with ties to Iran, drew a crowd estimated at 200,000 to 250,000.

Panic and Criticism Spread on Chinese Social Media Over Coronavirus 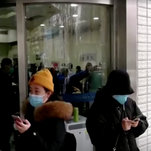 Chinese citizens are overcoming a lack of reporting on the crisis in the state-run media by sharing their own videos and information about the coronavirus outbreak.

Elephants escape circus in Russia, go for a stroll through city's snowy streets
A pair of elephants have been caught on video taking a wintry stroll along the streets of Russia's third-largest city after escaping from a circus Thursday.

The week in pictures, Jan. 18 - Jan. 24
Here's a selection of the most amazing images captured around the world in the past seven days. Enjoy!

Deadly virus exposes flaws in Xi's control
Speaking on the tenth anniversary of the 2003 SARS crisis, Zhong Nanshan, one of the heroes in China's fight against that disease, described its as a "turning point" for the nation.

Ukrainian jet victim ran company suspected of violating Libyan arms ban
One of the passengers on the Ukrainian jet downed by Iranian missiles earlier this month was a businesswoman who was the boss of two companies cited in a UN report for links to the shadowy arms trade supplying the protracted civil war in Libya.

Many in China Wear Them, but Do Masks Block Coronavirus? 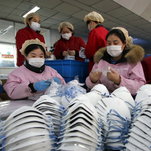 They may help, but experts say it’s more important to wash your hands.

After 100 days of rage, Lebanon has a new government — and a deepening crisis
Nour Fakih was at his office desk on a Thursday afternoon in October when he sent his friend Abed a prescient WhatsApp message. "Abed, should we call for a revolution, bro?"

Indonesian needlefish boy: 'A fish jumped out of the sea and stabbed my neck'
Muhammad Idul tells the BBC the force threw him from his boat before a desperate race to hospital.

Soros, at Davos, calls Trump 'a con man and narcissist,' pushes $1B university network
George Soros says he’s injecting $1 billion into a new university network that the 89-year-old billionaire investor calls the “most important and most enduring project of my life.”

Caravan in Mexico broken up by national guardsmen, immigration agents
Mexican security forces and immigration agents put hundreds of Central Americans who crossed into the country early Thursday on buses to be processed and possibly sent back to their home country amid a wave of migrants passing through in an effort to reach the United States.